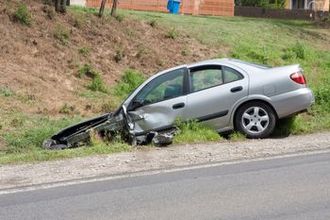 Detroit, MI—Four ambulances responded to the scene of a two-vehicle wreck to transport seven people to the hospital on Sunday, November 1, 2009. The motor vehicle collision (MVC) occurred on M-29 between Anchor Bay Drive and Flamingo Road in Clay Township around 6:00 p.m., as reported by The Times Herald.

The Clay Township Police Department reported, a 1993 Grand Am driven by a 50-year-old Clay Township man, was traveling southbound on M-29 when the car veered over the centerline and slammed into a 1996 Intrepid, driven by a 38-year-old Chesterfield Township woman. The Intrepid was carrying five passengers, while the Grand Am was just transporting the man. A total of seven people sustained injuries in the wreck. Four ambulances from Tri Hospital EMS and Ira Township Rescue arrived at the scene to transport the injured victims to Mt. Clemens Regional Medical Center for treatment. Two of the injured victims, ages 11 and 12, were taken to Children’s Hospital of Michigan in Detroit where they are listed in serious condition.

Algonac Police Department, St. Clair County Sheriff Department, United States Boarder Patrol, Clay Township Fire Rescue, and the Michigan State Police all responded to the crash. The crash is currently under investigation by the Michigan State Police. Officials do not believe alcohol or drugs were a factor in the collision. At this time no one has been charged for the wreck.