Dallas, TX (JusticeNewsFlash.com)–An attorney in Nacogdoches filed a federal lawsuit after discovering nearly 200 cases where Tenaha police seized cash and property from motorists in Shelby County, Texas court records. Tenaha police officers claim they have been using Texas’ asset forfeiture law to deter drug trafficking and supplement their shrinking operating budgets. In only 50 of the cases were drivers and passengers charged with drug possession. Unfortunately, the other 147 court records show police confiscated cash, jewelry, cell phones and even automobiles from drivers and passengers but never found drugs or contraband. Most of the wronged have been black.

Most motorists passing through the small Texas town, which is located on a busy highway connecting Houston with Louisiana, are traveling to popular gambling destinations so it is not uncommon for them to possess quantities of cash. Motorists were detained by police and the local Shelby County district attorney. The prosecuting attorney and police then presented legal papers to the motorists with the following options: waive their rights to their cash and property or face felony criminal charges like money laundering. The “suspects” were then educated on the high costs of hiring a criminal defense lawyer plus the financial burden of having to return to Shelby County multiple times to attend court sessions to fight the charges. The minority motorists relinquished their belongings.

One mixed race couple traveling from Houston to East Texas with their two young children to visit family were stopped and searched by police in April 2007. No drugs were found but they were carrying $6,037 the family was stated was for the purchase of a car. The police told them if they didn’t sign their cash over, their children would by turned over to Child Protective Services. The family is one of the plaintiff’s in the highway robbery lawsuit. 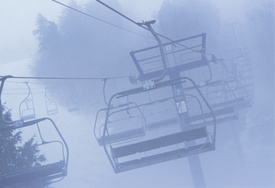