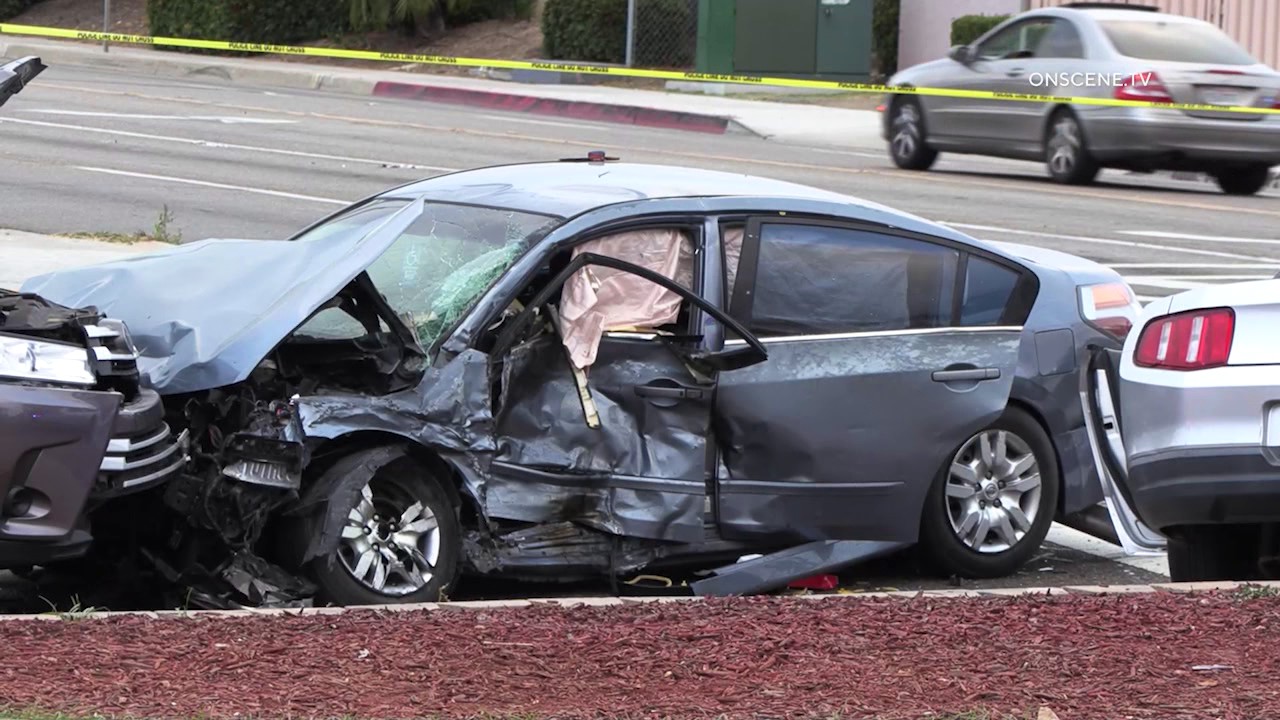 Chula Vista, California-The Chula Vista Police Department said that when a street racer was driving on the wrong road, ran a red light and hit their car head-on, a woman was killed and two children Injured.

Chula Vista police said at a press conference on Sunday that witnesses told the police that at around 6pm on Saturday, they saw two drivers racing and driving west on L Street. One of the cars-a silver Ford Mustang-ran a red light in the wrong lane and crashed into an oncoming Nissan Altima at the intersection of L Street and Third Avenue.

Authorities said the woman who was driving was killed and her two child passengers were injured. A man who witnessed the crash took immediate action to help pull them out of the wreckage.

Steven Dominguez told OnScene.TV that he was delivering pizza when he heard a loud crash. When he walked to the car, he realized that there was a child in the back seat of the victim’s Altima.

“There are two children in the back of the car and they are screaming-they want to get out of the car,” Dominguez said, guessing they are about 9 and 12 years old. “The first thing I thought of was to let the kids out, so I grabbed the door and yanked it a few times. It won’t budge (but) I keep trying. I opened that door.”

The fallen detective is the sweetheart of the academy, the sports star

The police confirmed that the boys had been taken to the hospital for treatment, but as of Sunday morning, more details about their condition have not been released.

“It’s very sad. I really sympathize with the boys,” Dominguez told OnScene.TV. “Thank God, they are fine. I hope they have a family. It’s just very unfortunate.”

When he helped the boys, Dominguez said that several other witnesses had arrived, and pointed to the police officer to the Mustang, saying that they had been driving recklessly. The police said the so-called driver of that car was arrested after receiving medical treatment, but they are now looking for another street racer.

The other car is described as a white Subaru WRX of 2014 or newer, which is a sports car. As of Sunday morning, the police had not found the driver. Anyone with knowledge of the vehicle is required to call CVPD at 619-409-3817.

The names of the victim and the arrested driver were not immediately released.

The collision is one of at least five times Major wrong-way accident This week in San Diego County.On Friday, two San Diego detectives Died of a frontal collision On the highway in San Isidro. According to reports, there are others in Carmel Valley, Fallbrook and Spring Valley.