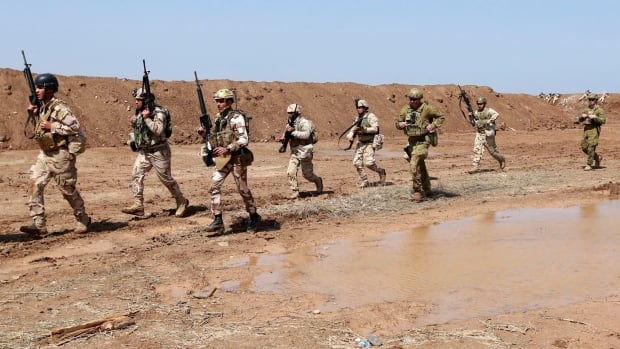 
According to CBC News, Canadian soldiers have seen videos of possible war crimes committed by Iraqi security forces and are now being interviewed by military police investigators.

The country’s acting top military commander said that before deciding what will happen next, he wants to know exactly what happened during the military training mission in the north of the war-torn country three years ago.

“When I heard these allegations, I was very worried,” the lieutenant general. Wayne Al told CBC Chief Political Correspondent Rosemary Button in an interview broadcast today. “I have ordered an investigation to determine the facts.”

Sources familiar with the case told CBC News that last week, military police investigators interviewed some Canadian soldiers who were training Iraqi police in more sophisticated aspects of counter-terrorism operations, including the law of armed conflict.

Earlier this month, Postmedia reported that within a few days after arriving at a US-led training base near Mosul, Canadian soldiers saw videos of possible war crimes taken by their students.

The videos allegedly show the rape of a woman to death by Iraqi security forces, as well as multiple terrible examples of the torture and execution of ISIS prisoners.

The trainers-reportedly worried that they were mentoring war criminals-notified the Canadian task force commander, who told them not to watch any more videos and promised to submit them to the command system.

It is not clear whether Canadians on the ground discussed the issue with the US commander at the base. How much the Canadian military and civilian leaders in Ottawa know is also a controversial issue. Some confidential sources indicated that only the trainer’s concerns were briefly mentioned in a post-event report.

‘I am a moral person’

Had it not been for the recent briefing prepared for the new commander of the 3rd Battalion of the Royal Canadian Regiment based in Petawawa, Ontario, this incident might have been buried and forgotten.

In that note, a soldier who claimed to have tried to get official attention on the matter three times wrote that the soldiers were traumatized by this experience.

“I am a moral person, I believe in our moral teachings and [Law of Armed Conflict],” the unidentified soldier wrote in the briefing. CBC News obtained a copy of the memo.

“Since the incident, I have been thinking about it every day. My assigned duties have troubled me to train and help those who are criminals in my mind.”

The Afghan veteran said that he had never witnessed the scene in the Iraqi video.

The briefing said: “In all my experiences, no one else has had a negative impact on my mental health like this special event.”

Failure to report possible war crimes is against international law. It even has domestic influence on troops deployed overseas.

According to Canada’s Criminal Law, military commanders may be charged for failing to “take all necessary and reasonable measures as soon as practicable” to report such incidents to “competent authorities to investigate and prosecute”.

Stuart Hunting, a lawyer and expert who has mentored UN peacekeepers on the law of armed conflict, said he was shocked that Canadian troops in Iraq were told that they only had to look away from the video.

He said the message to the troops was “What you don’t know will not hurt you. In other words, ignorance is a blessing. If this is the attitude of this officer, then with the utmost respect, he should not wear uniforms.”

Hunting said that if the matter is reported to the Canadian command system, he is responsible for reporting what he sees to the Office of the United Nations High Commissioner for Human Rights. It is up to the agency to decide whether a war crime has been committed.

“Given the content contained in the video, there are at least human rights violations, and even more,” he said.

When the opposition Conservative Party recently asked about Iraq’s report, the Liberal Parliamentary Defense Secretary Anita Van den Baird told the House of Commons that, given the possible evidence of war crimes, the gendarmerie was trying to figure out whether they had the right to investigate the case.

Al told Barton that investigators need to “determine the facts before expanding the scope of the investigation.”

The training of the Iraqi police took place within a few months after the liberation of Mosul City at the end of 2016 after two years of brutal rule by Islamic State extremists.

Canadian special forces suggested and even helped defend some Kurdish soldiers who fought piece by piece in this destroyed city to retake it.

Fighting side by side with the Kurds are the Iraqi security forces. They include Shia militias, some of whom have been accused of atrocities by human rights groups.

In support of military training missions, the former NATO commander in Iraq, Major General. Dany Fortin has insisted in many media interviews that the screening of newly recruited police is very strict and can catch potential war criminals.

Al said one of his main concerns is that Canadian soldiers serving in some of the bloodiest corners of the world may end up accepting atrocities as usual.

“We must ensure that we have proper reporting mechanisms to protect our soldiers from these types of activities,” he said.